It is time for parents to teach young people early on that in diversity there is beauty and there is strength.
— Maya Angelou 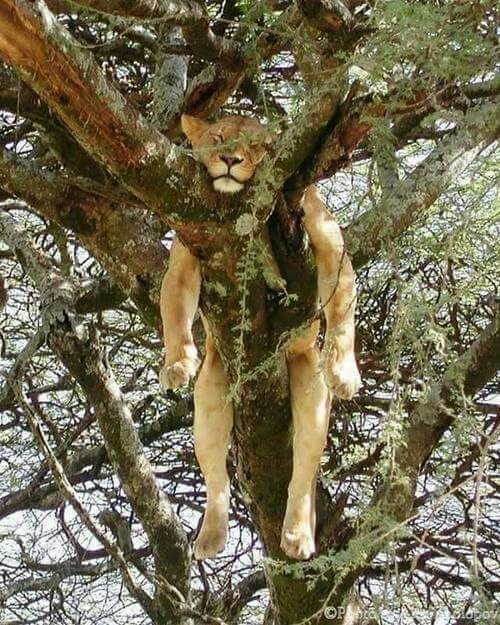 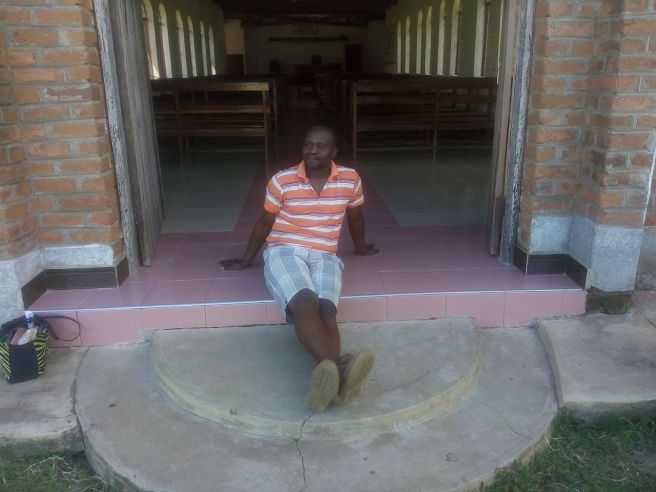 Roughly two decades ago I answered an ad in the Waterville Morning Sentinel asking for individuals interested in having a pen pal from Africa to contact a particular church organization.  Imagine a young Amanda (Mandy) Meader sitting at a round wooden kitchen table in her parent’s kitchen, newspaper spread before her, staring at a few sentences of newsprint inviting her to travel (through curiosity and words) to a distant land.  What a lovely opportunity.  I sent in my name and address and some time later received a letter from Dishon Mwagomba, a man born and raised in Malawi.

Malawi is a slim country that runs along the western shore of a Lake Malawi (Lake Nyasa).  Malawi is in Central Africa, southwest of Tanzania.

For many years, Dishon and I wrote faithfully and our relationship focused on sharing stories of our homelands and, to a limited extent, our families.  How I used to thrill at receiving letters from Dishon.  The envelope was like nothing I’d seen before – an airmail envelope with blue and red stripes around the edge.  The stamps were a wonder of new and interesting images. 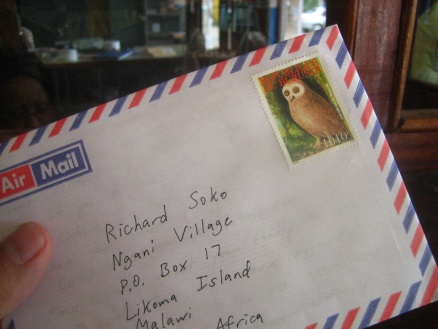 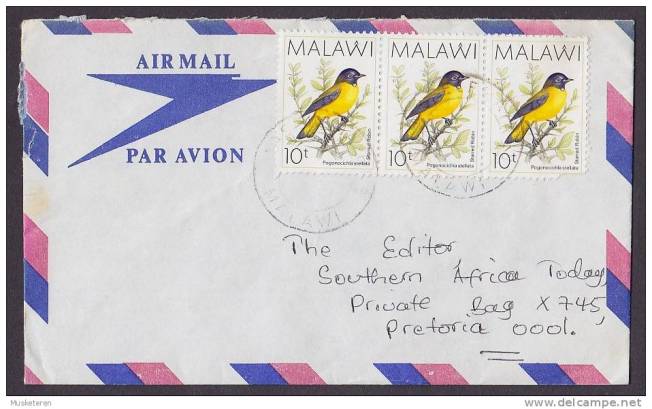 As my life marched me away from the mill town where I was raised and off to a fancy college in another Maine mill town, and then out of state to attend a law school where the growth of ivy on the building’s stone face is a matter of pride, I lost track of Dishon.

I’ve moved many times in the past fifteen years and I’m not sure I kept even a single letter from him, although I’m sure I have a few pictures.  I do not quite remember when we stopped writing, but about a year ago Dishon relocated me using the wonders of Facebook (what else?)  So now I hear from him occasionally.  And where once he used to send grainy Kodak photos he now sends pictures via Messenger – and that brings me to the photos above.

If you look closely at the lower right corner of the lion photo you can see it is imprinted with copyright of some sort.  Fine.  I accept that Dishon did not take that actual photo.  However I also believe him when he tells me what they often see lions sleeping in trees.  Actually, here is what he said:  Sometimes if we go to the field we find animals sleeping in tree but dangerous like the way the lion looks.

Keep in mind that the only reason we can communicate is that he learned English as a second (and in fact I believe third) language.  I don’t think that lion looks dangerous and I’m not entirely clear on whether or not Dishon does either.  Maybe if you live in a country where  predator species roam around and sleep in trees in broad day light then you would  see only the strength and power (danger and risk) that they hold for humans.

The second picture is Dishon sitting in front of what he tells me is the oldest church in Malawai, which is located in a township named Karonga.  According to Wikipedia, Karonga is a township in the Karonga District in Northern Region of Malawi. Located on the western shore of Lake Nyasa, it was established as a slaving centre sometime before 1877. As of 2008 estimates, Karonga has a population of 42,555.  My research failed to turn up the name or denomination of the oldest church.

Many nights before I crawl into bed I study my world map, working to locate a country or a capital city  I’ve heard about on public radio that day.  In the news earlier this week we heard much of the terror on Westminster Bridge.  I had the great privilege during college of traveling to England on two separate occasions to debate.  I’ve walked across that bridge and visited the UK Parliament.

Virtually all of my overseas travel occurred during the four years that I was in college.  I graduated in May 2001.  Four months later, on 9/11/01/, while I sat in a classroom of 100 plus law students, the towers came down and our lives changed forever.  Nonetheless, I plan to travel again.  Someday, I believe, I will find myself in Malawi, meeting a man who has known me as a pen pal for more than half of my life.

How vast is your world?