Late last week I was so pleased to glance up and see the clouds had given way to a sunset that threw orange light on the lake, an apology for seven weeks of clouds and rain. 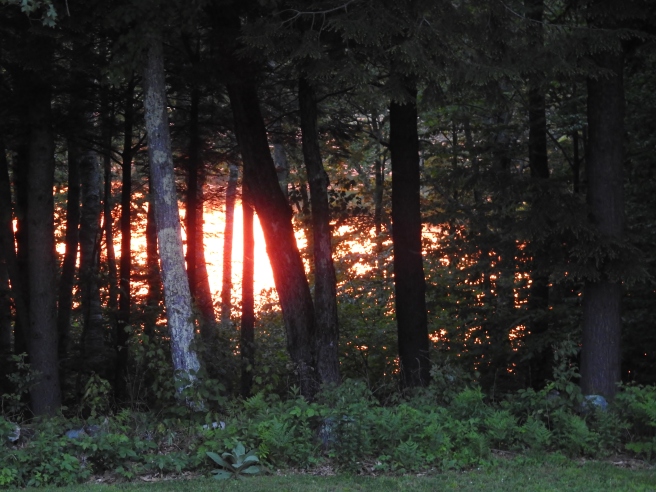 Several nights later, after a rain that fell briefly from angry clouds, I looked out toward the fields and saw a double rainbow.   I do not recall what I thought about rainbows when I was a little girl, although today these multicolored arcs made by light striking water droplets inspire joy and sorrow.  I always feel like I’ve won a prize at the fair when I am treated to the sight of a rainbow (single or double).  But I am also reminded of two particular individuals who’ve departed too soon from earth, at separate times and compliments of distinct cancer diagnoses.  What do rainbows mean to you?

In Maya Angelou’s Letter to My Daughter (Random House, 2008) she urges the reader to “Try to be a rainbow in someone’s cloud.”  I think she was on to something.  I notice she didn’t say, “But only if they look like you or vote like you or smile at you first.”

Today’s weather would have required that we be a fan in somebody’s window.  Today was hot.  I mean HOT.  For Maine, anyhow.  Ozone levels were dangerously high, which should be no surprise since Maine’s geographic location makes us the “tail pipe” of the nation.  That is, pollution from other states blows in on the Gulf Stream and dirties up our air and lungs.

So it seems like maybe today was too hot for this snapper to climb two hundred feet up the slope of our yard to lay eggs.

I feel like this old gal is plain tired and grouchy, but I’m probably reading her all wrong. 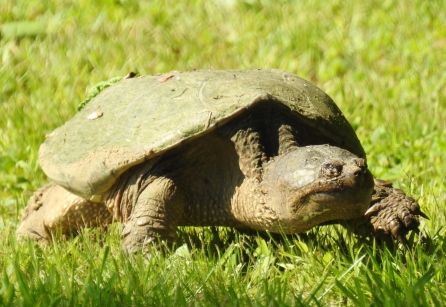 Eventually she headed for the rock wall that separates lawn from forest. 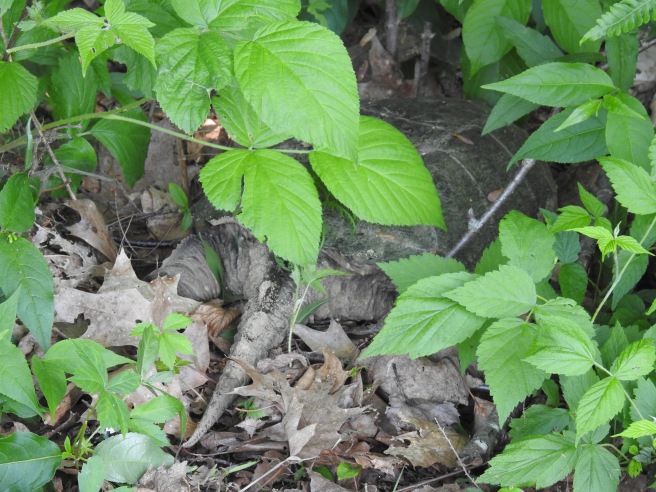 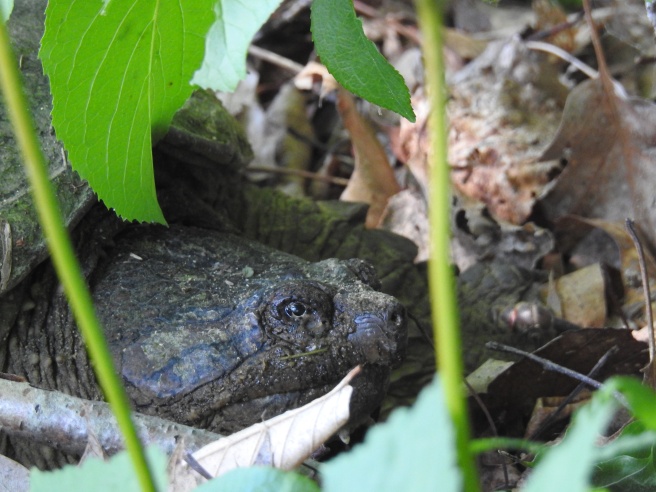 Her handy work below.  May not look like much to us, but it means the world to her (even if she wouldn’t quite put it that way.)

I’d rather have a backyard that creates breeding habitat for wildlife than a manicured lawn that grows lush with chemical assistance.